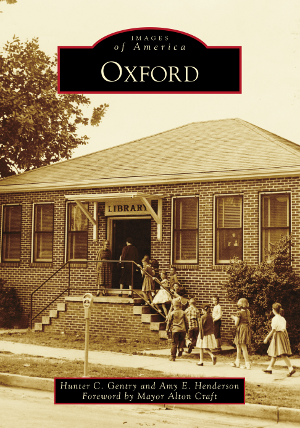 ​Located primarily in the southernmost regions of Calhoun County with portions in Talladega and Cleburne Counties, Oxford was established on February 7, 1852, by an act of state legislation. Oxford, originally referred to as Lick Skillet, was settled in the 1830s by the Snow and Simmons families. The economy of Oxford for many decades was primarily based on self-sustaining agriculture and trade. During the post–Civil War era, Oxford boomed as a cotton training destination, which assisted in the economic prosperity of cotton production in the 1880s. In the 20th century, Oxford prospered as a cotton manufacturing town with the establishment of Blue Springs Cotton Mill. The business district thrived with numerous drug, dry goods, and mercantile stores. Oxford Lake was the hub of recreation for the county, featuring a dance hall, bowling alley, trolley lines, and boat rides. The people of Oxford deeply believed in family values, education, and faith.

Where Can you Purchase?

You may purchase online using the link below, at the Oxford Public Library, the Oxford Performing Arts Center (OPAC), or at Oxford City Hall.

If you would like your copy signed by the authors, please send an email to oxfordlibrary@oxfordal.gov, when you purchase online, and we will be happy to accommodate your request.

Also, you may purchase online and pick up at the library. Just use the promo code OPL to remove shipping costs. We look forward to seeing you soon!
Purchase the Book Online
© COPYRIGHT 2017. ALL RIGHTS RESERVED.